Your audience will not remember your point.
They certainly won’t remember most of what you said.
But they will remember the stories you tell and the pictures you paint.
And only when these pictures are skilfully linked to your key message will your audience be able to use them to find their way back to your point.
A good point needs a good picture to anchor it and to bring it to life; otherwise the point may get lost.

On the simplest level, if I want to help you understand that my wife is a wonderful woman, I just need to give you lots of examples and paint vivid pictures of things she has done or said that would support that claim.
You would walk away with all these positive images that extol my wife’s generosity and then later on as the details of the presentation start to fade, you could still ask yourself
‘What was Michael talking about?
…Story, story…Ah Yes – now I remember -  his wife is a wonderful woman!’
It is as simple as that!
Tell a story: make a point.

In the simplest terms therefore, the best way to make your point is to tell a story or to paint a picture to bring the point alive (which is of course what most TED talks do).

However, you can do much more than that with your stories and pictures.
I may want to be more subtle.
I don’t want to sound too brash or bragging about my wife, so I could preface by saying

The most notorious examples of this effect are usually not deliberate.  Normally it happens when the speaker inadvertently plants precisely the image that he or she is trying to avoid.

Words like ‘not’, ‘rarely’, ‘sometimes’ merely qualify the image, but the image still makes the impression.

A premier league footballer was once accused of insulting an opponent with an offensive racial slur
At first the premier league player simply denied having said it.
Unfortunately for him there were cameras on him and as is often the case with obscenities, one does not need to be an expert in lip-reading to decipher the words being said.
The player’s defence was then to say that the camera did not pick up the words he said just before the incriminating words, which he claims were:

Whether that is true or not, the point is, it is the picture that will stay with us and not the contextual words around it

Equally if I say

‘I don’t mean to slander anyone but….’
we are set up to listen for ‘slander’, and the context or the qualifying language, ‘I don’t mean to…’ barely registers with us.
For instance I have notices on Love Island some participants seem to start their claims with:
‘I am not going to lie….’
Now I was not even thinking about ‘lies’ until it was mentioned – and now I am worried!

This is why I have been long struck by the effect of a famous passage from the Bible, from Corinthians,
which we might know from weddings and greeting cards as, ‘Love is patient, love is kind’

Now unfortunately firmly lodged in my head are images of diminishing others, self-seeking, anger and keeping a personal detailed record of those perceived wrongs against me
(and they say ‘love never fails’).

This means that a speaker can choose to draw people’s attention to something by telling them they are not going to tell them about it!
Mark Antony does this very effectively in Shakespeare’s Julius Caesar, when he tells the crowd he is NOT going to reveal to them what was in Caesars will, because if they realised how much Caesar loved them it would ‘make them mad’.

A bit of context first:
Mark Anthony at this point is in a difficult position.

Julius Caesar has just been killed and it is only because
Caesar’ assassins have given him permission that he is allowed speak to the crowd.
So he has to be very careful that he does not openly speak ill of them.
Therefore he does almost the opposite by constantly coming back to an apparently very positive, complimentary image of them, which acts as a refrain throughout the speech without him ever openly contradicting it.

Listen to how Mark Antony repeats to the crowd that ‘Caesar was ambitious and the assassins are all honourable men’, which at first we tend to accept at face value, but then gradually as he expands on his examples, we start to question whether Caesar was really so bad and whether they so honourable after all; until gradually Mark Antony’s repeated reference to ‘honourable men’ appears to be dripping with irony.

What Mark Antony is doing is adapting a simple rhetorical technique of using a repeated line or ‘slogan’ to reinforce the key message, which more commonly is used (without deliberate irony) as a way of hammering home a political point.

Rishi Sunak used the technique to frame his first budget speech as UK Chancellor of the Exchequer.
In his desire to stress how his government was getting down to work, after each new policy announcement he repeated:
‘And we are getting it done’
Message clear – Getting it done!

Teresa May tried something similar when she called a general election shortly after taking over as Prime Minister.  Unfortunately, and in her case – and not deliberately - the effect was more like Mark Antony’s.
She had chosen the slogan ‘Strong and stable’ but as the weeks passed unfolding events suggested anything but ‘strong and stable’ and so although the phrase was intended to underline a key message, it gradually took on the opposite effect and just like Mark Antony’s, the repetition of the phrase, rather than reinforcing the message, started to jar and instead acted to highlight the gap between the slogan and the emerging ‘facts’ that seemed to suggest otherwise.


In his speech Mark Antony’s aim is to deliberately drive a wedge between his refrain and the images generated to ‘accompany’ the refrain, so that ‘all honourable men’ transforms from an apparent truth to an apparent untruth.

Tips on imagery
(i)            on the most fundamental level, you should always support your message with a good story, picture or image,
however
(ii)           you can equally well plant an image by telling us that you are not going to tell us
or even
(iii)          you can suggest a truth by planting an image in our minds and then without opening contradicting it, allow your list of examples incrementally to show how hollow that image is.

Mark Antony says of Caesar’s will:

‘I must not read it;
It is not meet (right) you know how Caesar loved you…..
it will make you mad:’

So he is NOT going to tell us what is in the will because it would show us how much Caesar really loved us, and therefore that might incense us.
And with that innocent statement, he is preparing us for a riot!
(Was Donald Trump so very far away from doing the same thing on January 6th 2021?)

Pictures are powerful and support meaning - and sometimes, whether deliberately or not, in spite of the words used around them.


And so as a final example, I might say:

‘I am sure there is a very good explanation to why he was dancing naked in the fountain at 3  in the morning’,
and, despite a very reasonable-sounding qualifying statement, in the end, what is the only picture that stays in our mind? 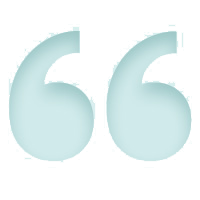